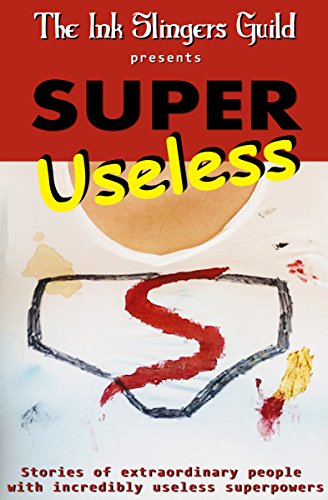 Super Useless! It is only $.99 on Amazon and you can purchase it here!

Have you ever dreamt of being a Super Hero?

Did you want the ability to fly? Be incredibly strong? Turn invisible? Control minds?

For every amazing superpower, there are hundreds, maybe thousands, that are not nearly as amazing.

What if you had wings but they were literally the same size as a chicken’s? What if your hair was made of tinsel? These are the types of powers sadly handed out to the heroes contained in this set of short stories.

Join us in these adventures, where even the slightest power can help save the world. Or just be Super Useless.

I am super lucky to be apart of this fun project. My friends gave me the start to my stories. Check out what I did with them here.

And as always… any reviews are Super Appreciated!

As an author of horror I get asked what scares me. Do I get scared about what I am writing? I can tell you that I have be scared in my life by things I experienced and stories I have been told. I thought it would be fun to share some of those with you here.

I have very dear friend that lives about two hours away. Her home is not in a rural area as one might suspect from how this story will unfold.

Her house is in a suburb that was built in an older neighborhood of working-class houses. Every house on her block and all the other blocks around her seem to be made up of the same made to order two story house. The paint is truly the only thing separating them. Hers is yellow and green.

Did I mention there is a large, older graveyard that lays across the road from the community?

As a believer in the supernatural, aka ghosts, this would be the first thing I noticed the first time I visited. I can say I also felt it.

It was late one night and I was asleep on one of the two couches in the living room. My friends brother is asleep on the other. Honestly, we fell asleep watching movies.

It is 3am and we here a CRASH!! It honestly sounds like a crystal vase was dropped from a very high place. I expected to see glass shards everywhere on the ground.

The sound caused us to both bolt out of our slumber.

We looked all around and there was NOTHING there.

Although it took a while, we fell back asleep.  Not an hour after, it happened again.

As it turned out, every time someone would sleep in the living room, you would hear this amazing noise.

To solve this problem we just didn’t sleep in the living room unless you wanted to woken up.

About a year later my friend called me. She had been downstairs watching TV when she heard the familiar crashing sound, but this time it was upstairs, from her seven-year-old’s room.

She ran upstairs and found that a glass that had been on her daughters desk had shattered in a circular pattern with the base still exactly where it had been resting. There was not a singular thing around the glass.

Her daughter remained asleep but there were little glass shards even on where her daughters face would be, if it hadn’t been under her blanket.

My friend cleaned it up and then used Sage throughout the entire house the next day. Along with only allowing plastic cups in her daughter’s room from now on.

Remember to keep your light on… 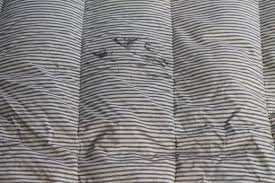 As an author of horror I get asked what scares me. Do I get scared about what I am writing? I can tell you that I have be scared in my life by things I experienced and stories I have been told. I thought it would be fun to share some of those with you here.

I lived in a small town in the middle of Wisconsin during my teenage years. Most of the houses closer to the middle of this town were quite old. Although they had been updated to include things like air-conditioning or even electric, the structure was potentially over 100 years old.

So, my mother moved us into one. I have several stories about this house, however, I will begin with this one.

This house had three levels. The first held the living-room, bathroom, kitchen, master bedroom, and backroom (this was turned into a laundry room.) The second was a basement that you had to access through the bedroom on the first floor. The third had a staircase leading up to a landing that was most likely a sitting room which lead to a bed room with a large walk-in closet.

There was a large down mattress on a wire bed-spring in this top bedroom when we moved in. The people my mother rented it from said it had been in the house when they purchased it and it was too heavy and cumbersome to move. Basically, we were stuck with it.

To say the house was weird, was an understatement. However, my mom felt it gave the house character. You will see in future stories that my mom’s viewpoint of “character” was very suspect most of the time.

I decided to make my room in the landing instead of the bedroom. Two nights of almost no sleep and horrible dreams made this decision quite easy.  My younger sister actually put her bed, a twin, in the large closet. The idea of sleeping in the room with this bed was not an option.

Even though we were not on the bed, we both began to experience the same situation. We would hear talking at night. We both began to separately play music at night to fall asleep.

One day, my sister’s radio broke. She came and asked to borrow mine. When I said I needed it she asked me why? I told her I didn’t sleep well without it. The look on her face said everything. We talked about it for a minute and then decided to go downstairs. Talking about it so close to the room seemed like we had prying ears.

That night we decided to listen to what was being said. Maybe the spirit was trying to tell us something. That night we sat together on my bed and turned out the lights. We had to be patient, but then it started, soft at first, it was so quiet I held my breath straining to hear at first. Then it became more clear.

My sister grabbed my hand. It wasn’t speaking at all.

It was singing. It was a female voice singing a lullaby. We didn’t recognize the actual song, but it was clear what it was.

We slept downstairs that night.

The next day we replaced my sisters radio. When we told my mother what was happening, she said “It sounds harmless”. My thought was: until it kills us in our sleep.

My sister and I made a pact to never sleep up there alone. If one of us was away, we slept on the couch. We also never went to bed without the other. Somehow, being together in this made it safe.

Each night however, if you listened, you could be lulled to sleep my a lullaby.

Austin Scott Collins tagged me in the “7-7-7” challenge — to post seven lines starting at the seventh row of the seventh page of your current work in progress.

This is a modern look at what happens when a woman decides to see what it is like to have Friends with Benefits, instead of a relationship.

“I could not fall asleep for the life of me. I was crashing on a pile of blankets and pillows on his bedroom floor, which was tile. Jacob and Brian were on the queen bed.

Jacob’s mother had insisted on the sleeping arrangements. I was 16 and there would be no sharing of beds with me and the boys. I think it was about 1am when I heard a noise which woke me. I felt him behind me then, his breath on my neck, and his arm move around me pulling me towards him.

Jacob whispered in my ear “Shhh you’ll wake Brian”. I realized then I must have made a noise of some kind.”

My Home On… Whore Island will be released by the beginning of November this year.

With that I tag:
Lisa Barry, Nicole DragonBeck, and
JM Paquette